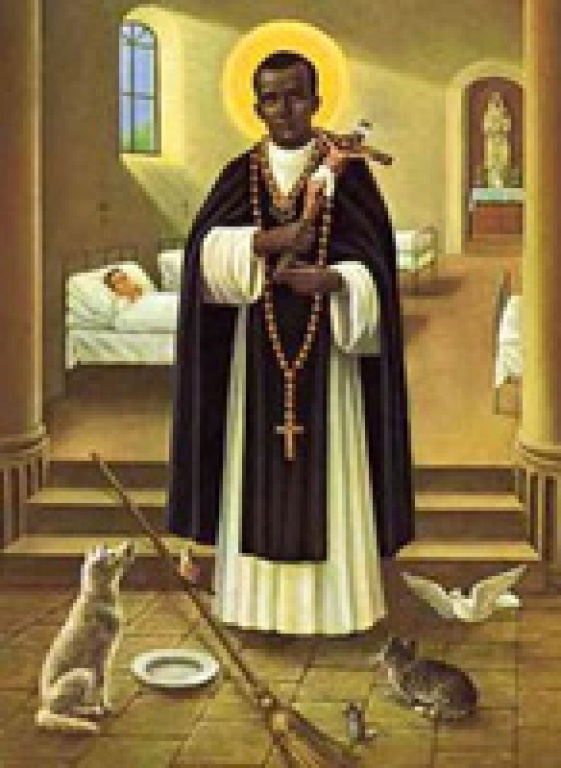 Martin was born in Lima, Peru, the illegitimate son of a Spanish knight, John de Porres, and a freed Panamanian slave named Anna. In 1594, Martin became a Dominican lay brother in Lima and served in various menial offices.

Outside of the monastery he became known for his care of the poor and the sick. Martin founded an orphanage and ministered to African slaves brought to Lima. He was aided by St. Rose of Lima, who respected his penances and labors. Martin experienced many mystical gifts, including bi location and aerial flights. When he was dying in Rosary Convent on November 3, the viceroy, the count of Chichon, knelt by his bed, seeking Martin's blessing.

(Taken from Our Sunday Visitor's Encyclopedia of Saints)